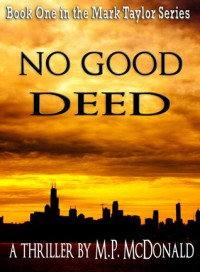 This was another audible version that I listened to and although I enjoyed the audible, in part because the narrator was good, I suspect that if I had been reading the e-book version I would have abandoned the book itself.  The gist of the story is that Mark Taylor gets premonitions and he tries to stop what he sees from happening.  Unfortunately, he had a premonition about 9/11 and tried to stop that.  Which of course caught the eye of the CIA.  One thing leads to another and he's declared an enemy combatant.  Here's why I couldn't have read this book.  The majority of the story is dealing with Mark being isolated in prison and his being tortured for information he doesn't have.

This will sound weird, but if I had to read about the tedium of his isolation and the constant state of worry he was in about what was coming next I'd have wanted to poke myself in the eye.  On the other hand, listening to the narrator tell the story while I was doing my gardening was an acceptable way the pass the time.  I would even consider listening to the next one in the series, but I wouldn't read it.