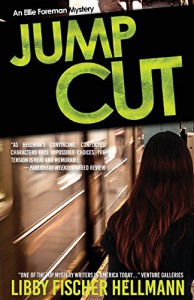 This is the 1st book I have read in this series. Although, there are obviously ones prior to this one "Jump Cut" held up well as a stand alone story and I did not feel like I was lost.

The story itself was intriguing but I will admit that the first couple of chapters moved a little slow for me but by the time I hit Chapter 4 I was full engaged in the plot and the characters. So much so, that I found myself wanting to shake Ellie Foreman a few times wondering why on earth she was digging a deeper hole for herself as she got dragged further into the mystery. It's like shouting at a scary movie "Don't Go In The Cellar!"