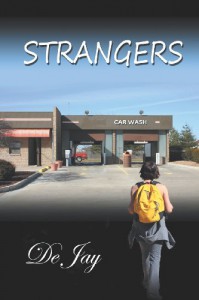 This is De Jay’s second book and I’m going to say it was even better than the 1st one.

The primary focus of the story is the developing relationship between Murphy and her two nieces who have been left in her custody after the death of their Mom. Within the development of that relationship the reader sees how being homeless and physical abuse shaped Murphy’s personality and how she interacts with the people around her. Murphy’s character is written in a way that makes her seem 3 dimensional. Yes, she has scars from her past but she actively works to overcome her issues and not be conquered by them; which include the death of her 1st girlfriend “Anna” almost 30 years prior. The mystery surrounding the death of Murphy’s first girlfriend is woven into the plot in a manner that keeps the reader wondering if Anna really committed suicide and if not, wondering who was ultimately responsible.

Again, this is a well written, intriguing story that I could not put down. A great read.