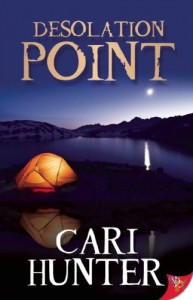 Cari Hunter hits another one out of the park!

From the moment I started reading this story I was drawn into the characters and their respective stories. As a reader I really enjoyed how we were introduced to each character individually and that there was just enough of a back story for the reader to understand that both Alex and Sarah are incredibly scarred both literally and figuratively; without that becoming the entire story.

The other great thing is despite the fact that there is some romance in the story, this is not the stereotypical “romance”. There is plenty of action and for me a bit of intrigue. Normally I would say I’d like to see these characters again but I don’t think there is one more thing that could be thrown at these two, barring an apocalypse. However, I think it would be interesting to come across these two later as supporting characters in another story. Oh and if Cari Hunter did write a story around an apocalypse I’d read that too.